In October 2000, the representatives of eight population research institutes and statistical offices met in Paris for the first GGP Consortium Board Meeting. Twenty years after this decisive moment in the history of the GGP, a few representatives, who were present at this meeting, talk about their role in the founding of the programme and their involvement in its development afterwards.

The participants per institution were:

Miroslav Macura holds two degrees in economics, a Diploma from the University of Belgrade and a Ph.D. from Princeton University. After graduating in 1972, he was appointed Assistant Professor at a Ford Foundation-sponsored graduate programme in population studies in Ankara, Turkey. Following this, he led an ILO-supported economic-demographic simulation modelling project at the premier economics institute in Belgrade. During the 1980s, Macura worked at the UN Population Division where he authored a three-volume manual on methods for integrating population variables into development planning. In 1990, he was appointed Chief of the Population Unit (PU) at the United Nations Economic Commission for Europe where, inter alia, he helped direct the coordination of the Fertility and Family Survey (FFS) project. After retiring from the UN in 2004, he taught at the University of Geneva. 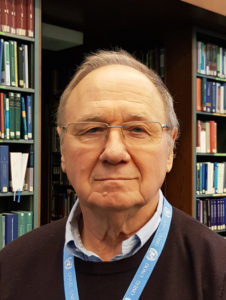 Between 2000 and 2004, working closely with the three consecutive GGP project managers—Martine Corijn, Alphonse MacDonald and Andrej Kveder—Macura coordinated the launch and early implementation of the GGP.  Along with other GGP pioneers, and drawing on the substantial know-how available within the PU, he helped to  develop the programme’s conceptual, methodological and organizational parameters, contributing in the process ideas and proposals that made the GGP innovative, forward-looking and relevant to societal needs. The GGP’s successful take-off was not preordained. Following UNFPA’s disengagement from Europe and the ensuing shortage of financial resources, in 2000 Macura coordinated a joint effort to raise funds in European capitals and Brussels. The attempt was not successful. To their credit, the institutions represented at the GGP Consortium Board responded by rallying behind the programme, contributing resources that enabled its take-off.

Miroslav Macura on the importance of the GGP in 2000, today, and in the future:

Path-breaking since its inception, and more relevant today than ever before, the GGP is making a major contribution to the advancement of knowledge required for policy-making in support of the family. It is heartening to know that with continued support from European countries and the European Commission the programme can readily realize its full potential.

Patrick Festy has been a researcher in the field of demography at INED (French institute for demographic studies, France) since 1969. He succeeded Roland Pressat as head of the research unit in 1991 and managed the institute between 1995 and 1998. From 1992 to 1995, he was the editor-in-chief of the journal Population. Festy retired in 2010 and has acted as an emeritus since then.

Festy contributed to the Generations and Gender Programme in various capacities after the idea for it first arose in the 1990s. First, he conducted two evaluations of the predecessors of GGP since the 1970s, in particular the Family and Fertility Surveys (FFS), for the European Commission (DG Research) and for the United Nations Economic Commission for Europe (UNECE). Second, he was a member of the advisory group animated by Miroslav Macura that suggested the Population Activities Unit (PAU) to launch a new comparative project in line with the previous multinational operations coordinated from Geneva. Third, on behalf of INED, Festy organized the first GGP Consortium meeting in Paris.

“2000 was a crucial year for GGP. The discussions between us were tense: A meeting in July was considered as “the most difficult event (…) that we at the PAU had ever organized”. The request for funding was rejected by the European Commission. Nevertheless, a consortium was organized, the programme was decided and it was launched.”

During the first wave of activities, Festy coordinated the group charged with the elaboration of the contextual database. He transmitted the leadership of this group to Martin Spielauer in 2003. Festy stepped down from the Consortium Board thereafter. 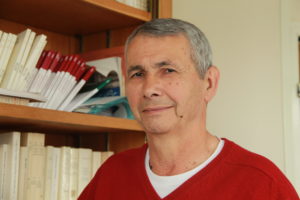 Patrick Festy on the importance of the GGP in 2000, today, and in the future:

“The GGP was an extremely ambitious project combining a multiplicity of approaches (cross-section and panel, micro and macro), extensive geographical coverage, thematic diversity associated to all stages of the life cycle, etc. After twenty years, most challenges have been overcome and the renewal of the programme will confirm its status as a European infrastructure in social sciences.” 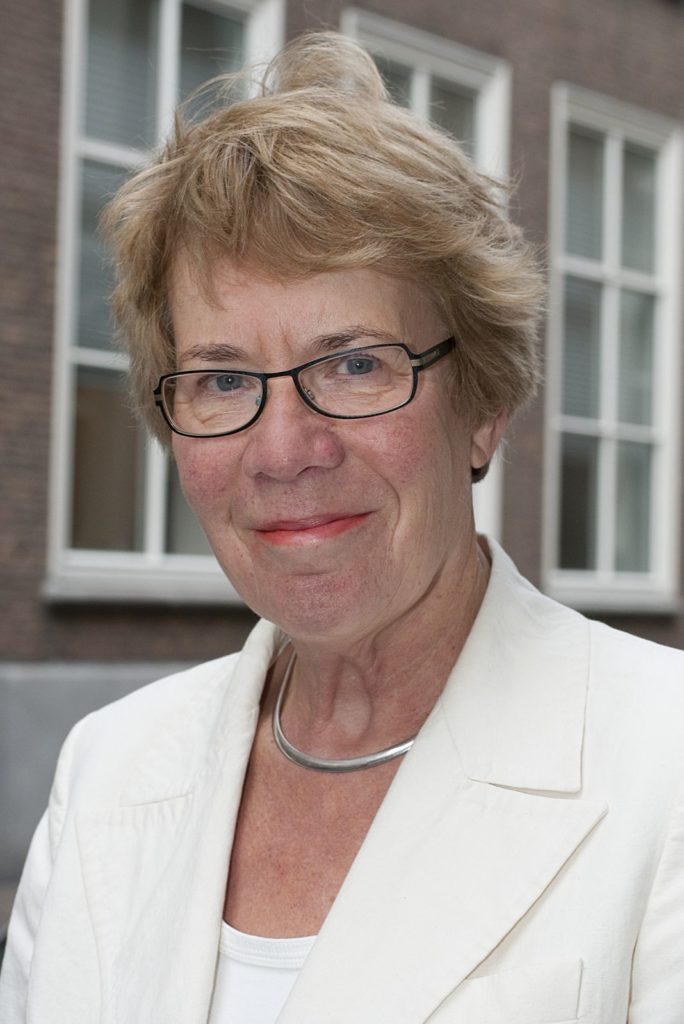 Jenny Gierveld has been a researcher in the field of socio-demographic research since her PhD in 1969. She was appointed assistant professor and became full professor in 1978, at the VU in Amsterdam. In the 1980s she was among the first survey researchers involved in several large-scale panel research undertakings, such as a panel survey among young adults, investigating the attitudes and behavior concerning partner relationships and a panel survey among adults aged 55 -85 years investigating among others their partner history, living arrangements and social networks of kin and non-kin (Longitudinal Ageing Study Amsterdam, LASA). In 1987 she was appointed Director of the Netherlands Interdisciplinary Demographic Institute (NIDI). In this function she became involved in the preparatory work to launch a country comparative demographic panel survey encompassing respondents aged 18 to 79 years, the Generations and Gender Programme (GGP) under the auspices of the Population Activities Unit of the United Nations, in Geneva. This was an innovative undertaking oriented towards the social interactions between generations. In doing so, for the first time in history, the comparative demographic survey would encompass respondents in all age groups from 18 years onwards towards including a substantial number of older adults, both men and women. The preparatory work resulted in the implementation and successful launching of the GGP in the year 2000.

Jenny Gierveld on the importance of the GGP in 2000, today, and in the future:

The launch of the GGP formed a very fruitful basis for country comparative demographic research, back in 2000 as well as in the years to come. 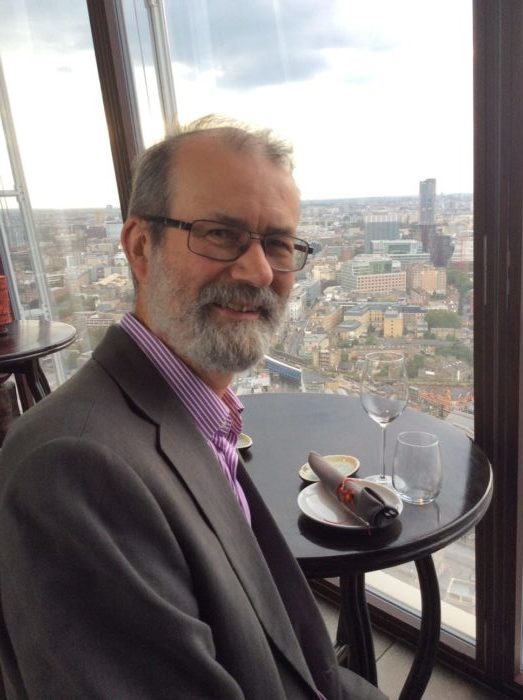 John Hobcraft is a demographer who has worked extensively on child mortality, fertility, and family in a wide range of development contexts. He led the comparative analysis of the World Fertility Survey in the early 1980s, became Professor of Population Studies at the LSE in 1984 and moved to the University of York in 2004. He was joint lead negotiator for the UK at the Cairo UN International Conference on Population Development in 1994 and an advocate for sexual and reproductive rights and health. He spent over a decade analysing life-course longitudinal data from the British birth cohort studies and played a pioneering role in engaging demography and other social sciences with the biomedical sciences, including several years as a Strategic Advisor to the ESRC on longitudinal data and biosocial science.

John had the privilege to act as Chair of the GGP Consortium Board and of the International Working Group from 2000 through to early 2013. The development of this unique and wide-ranging project was dependent upon very strong intellectual and financial support from the institutions involved. The Consortium Board and its several Working Groups saw very lively engagement from the members, all of whom cared passionately about ensuring the successful shaping and implementation of the project. Key decisions about the longitudinal structure, the broad coverage of gender and of generational aspects, the large sample size, and the detailed content often required reconciliation of strongly held differing views. The partners also played a hugely important role in engaging with participating countries and assisting with technical and organisational inputs, including some direct financing.

John Hobcraft on the importance of the GGP in 2000, today, and in the future:

The GGP is now a mature project which is of crucial importance to our understanding of family dynamics, gender and generational interplays and obligations and for a very broad range of socioeconomic policy issues, including ageing, childbearing and childrearing, partnership behaviours and caring. It is an incredibly valuable resource for each participant country but considerable value is added from comparative analysis across a wide range of mainly European countries in terms of understanding behaviours and policy formation and implementation.

Lars Østby has been working as demographer at Statistics Norway since professor Jan Hoem hired him in 1970. He was heavily involved in the national work with the World Fertility Survey (WFS) in the 70s, with the Family and Fertility Survey (FFS) in the 80s and 90s, and in the international work organized by UNECE-PAU under Jerzy Berent, and later Miroslav Macura. In addition to being vital for the Norwegian surveys, he made efforts to establish a frame for comparative reporting of national surveys. FFS brought international cooperation and coordination in demography to a new level. But, in working with standardized reporting templates, also the shortcomings of the work were illustrated. 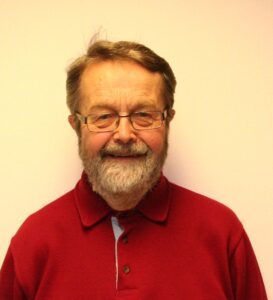 Østby took part in the meetings where GGP was founded, and in the preparations. He represented the competence and interests of the national statistical institutes. With the contributions of the NSIs, the coverage and the data quality of GGS was ensured. In the meetings, many strong personalities with substantially different interests should find common solutions, and Østby’s contribution might have been more as a diplomat than scientist.

Around the turn of the century,  Østby stepped down as director of research and devoted more and more time to study immigration and integration, and to inform the authorities and the public. Statistics Norway prioritized to develop register data and was less active in GGP-like surveys. With younger demographers like Trude Lappegård and Lars Dommermuth, Statistics Norway again took part in developing GGP. To enhance empirical analysis of immigration and integration has been Østby’s task and pleasure.

Lars Østby on the importance of the GGP in 2000, today, and in the future:

To understand the process and the consequences of the changing demography of Europe, and to meet the new needs on individual and social level, we need better, and better coordinated, data from all contexts. An active and well-functioning GGP is indeed needed to hit this moving target, also in the future. 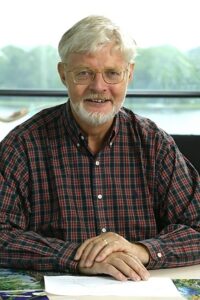 Jan Hoem was a demographer who received his Ph.D. in Mathematical Statistics from the University of Oslo in 1969 and moved on to found and head the Socio-Demographic Research Unit at Statistics Norway. After professorships at the University of Copenhagen and Stockholm University, he was appointed Director of the Max Planck Institute for Demographic Research (MPIDR) in Rostock. Here, he established and led the division on Fertility and Family Dynamics in Contemporary Europe. Hoem was a forerunner in the introduction of event-history modeling in European demographic research. He conducted research on social policy and childbearing behavior in Sweden and contemporary Europe, studied family dynamics in European countries in economic transition, and promoted the Generations and Gender Programme. Hoem retired in 2007 and acted as emeritus at the MPIDR and Stockholm University afterwards/until his death in 2017.

Hoem invested considerable resources into launching the GGP and making it a top research infrastructure. He was heavily involved in the GGS design and questionnaire, formed a team of researchers to work on and coordinate the survey, and created opportunities for several Eastern European countries to field the GGS.