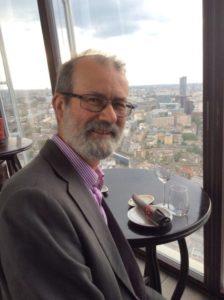 John Hobcraft is a demographer who has worked extensively on child mortality, fertility, and family in a wide range of development contexts. He led the comparative analysis of the World Fertility Survey in the early 1980s, became Professor of Population Studies at the LSE in 1984 and moved to the University of York in 2004. He was joint lead negotiator for the UK at the Cairo UN International Conference on Population Development in 1994 and an advocate for sexual and reproductive rights and health. He spent over a decade analysing life-course longitudinal data from the British birth cohort studies and played a pioneering role in engaging demography and other social sciences with the biomedical sciences, including several years as a Strategic Advisor to the ESRC on longitudinal data and biosocial science.

John had the privilege to act as Chair of the GGP Consortium Board and of the International Working Group from 2000 through to early 2013. The development of this unique and wide-ranging project was dependent upon very strong intellectual and financial support from the institutions involved. The Consortium Board and its several Working Groups saw very lively engagement from the members, all of whom cared passionately about ensuring the successful shaping and implementation of the project. Key decisions about the longitudinal structure, the broad coverage of gender and of generational aspects, the large sample size, and the detailed content often required reconciliation of strongly held differing views. The partners also played a hugely important role in engaging with participating countries and assisting with technical and organisational inputs, including some direct financing.

John Hobcraft on the importance of the GGP in 2000, today, and in the future:

The GGP is now a mature project which is of crucial importance to our understanding of family dynamics, gender and generational interplays and obligations and for a very broad range of socioeconomic policy issues, including ageing, childbearing and childrearing, partnership behaviours and caring. It is an incredibly valuable resource for each participant country but considerable value is added from comparative analysis across a wide range of mainly European countries in terms of understanding behaviours and policy formation and implementation.